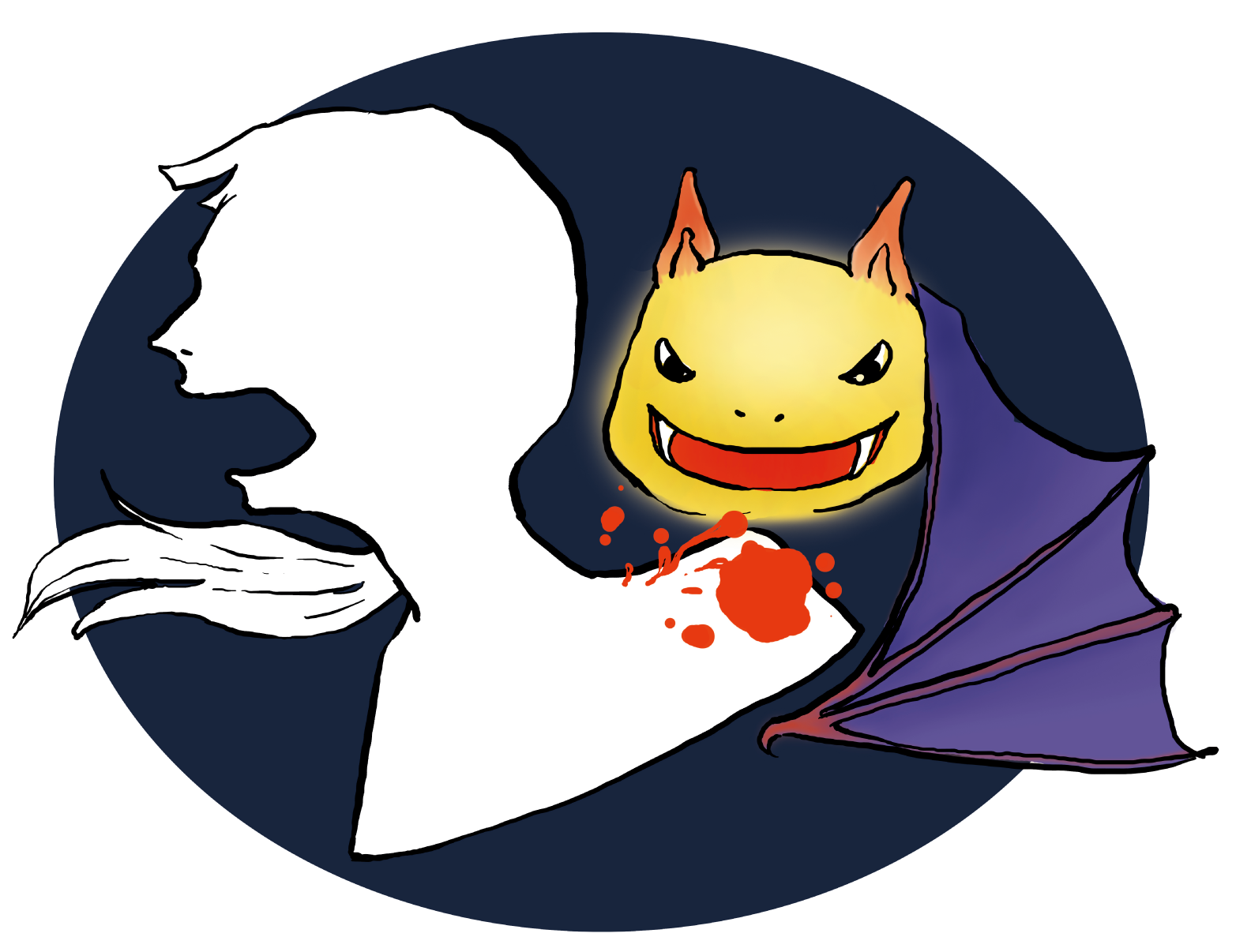 Misguided fears of bats as disease carriers threaten a valuable and important species.

It has been a bad decade for bats. Prior to the emergence of COVID-19, they were already in severe decline worldwide. Now, they are blamed as the culprits behind one of the costliest pandemics in modern history, even though the source and method of transmission haven’t been identified. Although scientists have an obligation to promptly disclose new threats, premature speculation about bats has been exaggerated in attention-grabbing media headlines. The result has been needless confusion, leading to the demonization, eviction, and slaughtering of bats even where they are most needed.

As of mid-March, “patient zero” for COVID-19 still had not been found, and who or what infected that person remains a mystery. There is even uncertainty about whether the viral jump from an unknown intermediate host to humans occurred in the location initially identified, an animal and seafood market in Wuhan, China. Despite these uncertainties, the media, with no small assistance from scientists, has sensationalized the risks, often without providing perspective, settling on bats as the likely culprit and thus making them targets in a viral witch hunt.

Around the world, bats are feeling the effects of this misinformation. My Malaysian colleague, Sheema Abdul Aziz, has spent years documenting the key role of flying fox bats as essential pollinators of Southeast Asia’s multibillion-dollar-a-year durian crop. Growers were planning to join her in a public education campaign explaining the value of bats, but now they fear a public backlash and are reluctant to support her efforts. A local resort has expressed fear of loss of sales due to a nearby flying fox colony. Fearing her research will trigger a new disease outbreak, private citizens have even asked the government to stop her from handling bats and to support eradication, something already reported in neighboring Indonesia. My colleagues in China are also deeply concerned about the demonization of bats and calls for their eradication.

Even in my home city of Austin, Texas, where we have safely enjoyed sharing a downtown bridge with 1.5 million bats for decades, growing numbers of people are asking about disease risks. Despite warnings from poorly informed health officials that our bats were rabid and dangerous, they’ve yet to transmit a single case of disease. They simply attract millions of tourist dollars each summer and control tons of crop pests each night. Texas bats are worth more than a billion dollars annually. Now bat-lovers are experiencing a backlash against putting up bat houses because neighbors say they fear that attracting bats will bring disease.

But simply telling people that bats are valuable and shouldn’t be killed can’t counter panic. I have personally investigated instances where fearful humans had burned, poisoned, or sealed caves, killing millions of bats at a time. Based on my experience, I have concluded that there is no greater threat than the intolerance and eradication that results from misguided fear.

Despite a long tradition of being misunderstood and feared, perhaps because of their nocturnal habits and erratic flight, bats have an outstanding record of living safely with humans. Millions living in backyard bat houses, city parks, and bridges have proven to be safe neighbors. I have never been attacked and am still healthy after more than 60 years studying and handling hundreds of species worldwide, sometimes surrounded by millions in caves. Because, like veterinarians, I am occasionally bitten by unfamiliar animals I handle, I’m vaccinated against rabies.

For anyone who simply avoids handling bats, the odds of contracting any disease from one are incalculably small. All diseases attributed to bats are easily avoided, even when bats live in one’s yard.

However, these facts typically go unreported, while risks are often magnified. The March 11 issue of Scientific American provides an excellent example. Its COVID-19 article subhead reads, “Wuhan-based virologist Shi Zhengli has identified dozens of deadly SARS-like viruses in bat caves, and she warns there are more out there.” The use of “deadly” is unjustified speculation.

The article additionally claims that the Wuhan outbreak is the sixth outbreak caused by bats in the past 26 years. In fact, the first four listed (SARS, MERS, Hendra, Ebola) appear to have been transmitted to people by animals other than bats—yet bats still receive primary blame. The fifth, the Nipah virus, which likely is spread to people from flying fox bats, is easily prevented by simply covering collection containers or pasteurizing contaminated palm juice.

Two possible scenarios have been hypothesized for the COVID-19 outbreak. The first is that a new coronavirus entered an intermediate host animal, such as a pangolin, where it evolved over an undetermined period to gradually become a threat to people. Alternatively, the new coronavirus could have been harmless when it first entered humans, but over time evolved to become virulent. Such scenarios would be difficult to predict, and a publication currently under review even points to mice and domestic pigs as possible sources.

So why has the media almost universally blamed bats? In part because scientists have disproportionately focused on sampling them.

Since 2005, when coronaviruses in horseshoe bats were first hypothesized to be the ancestors of the coronavirus that caused SARS, bats have received far more scrutiny than any other group of animals. For example, in the study on which the scariest headlines were based, researchers sampled nearly twice as many bats as rodents, shrews, and nonhuman primates combined and didn’t even include carnivores or ungulates.

Easily blamed, due to their lack of popularity, bats are also the easiest mammals to quickly sample in large numbers. This led to rapid publication of the results, and sensational speculations were deemed more acceptable when focused on already-feared animals.

Not surprisingly, more viruses have been found in bats than in less-surveyed species, so biased speculation has become a self-fulfilling prophecy. We don’t yet know if bats have more viruses than other animals because we haven’t similarly sampled others. And even if bats do have more, the number of viruses isn’t necessarily indicative of transmission risk. Many viruses are innocuous or possibly even beneficial.

Some virologists have capitalized on the fear of pandemics to promote funding for viral surveys in nature as a possible means of preventing or mitigating these scary events. They convinced the US National Institute of Allergy and Infectious Diseases to budget $4.8 billion in 2019 for surveys searching for potentially high-risk viruses. Referring to the COVID-19 pandemic, longtime surveying proponents now argue that the best way forward is to prevent future outbreaks by beginning with surveys to find and catalog wildlife viruses globally, focusing on what they consider to be high-risk animals, including bats.

However, many leading experts strongly disagree. They argue that such surveys would be extremely costly and have little practical value. Viral-caused outbreaks are exceedingly rare, and their emergence is unpredictable. The evolutionary virologist Edward Holmes and associates note that even if all current viruses could be cataloged, new variants of RNA viruses are constantly evolving. They bluntly warn of arrogance and loss of credibility resulting from promises that viral surveys could prevent or even mitigate pandemics.

To understand why surveying will fail as a strategy, consider the examples of MERS, West Nile, and Zika viruses. MERS jumped to humans from a seemingly unlikely source, camels, in Saudi Arabia, previously believed to be an extremely improbable location for such an incident. Robert Tesh, an expert on emerging viruses, has pointed out that neither West Nile nor Zika viruses are new. They simply spilled over when transported to new areas in incidents that couldn’t have been predicted.

A growing number of leading epidemiologists agree that it isn’t possible to predict the animal origin of the next viral outbreak. Unfortunately, their warnings are seldom covered by public media. When they are, they tend to be de-emphasized.

Finding the true source and means of infection for patient zero in the current outbreak seems far more important than condemning bats or spending billions on searches for potential pathogens. Such public health funds would be much better directed toward improved early detection in humans.

But we humans must also address our own culpability. Caging and slaughtering a wide variety of animals in markets virtually guarantees the spread of viral infections. Blaming already unpopular bats only increases already severe threats to their survival, despite scientific certainty about the enormous benefits they provide to both the environment and societies. Care about bats or not, we should see COVID-19 as a grim reminder that human well-being requires responsible stewardship of nature, not just dominance.